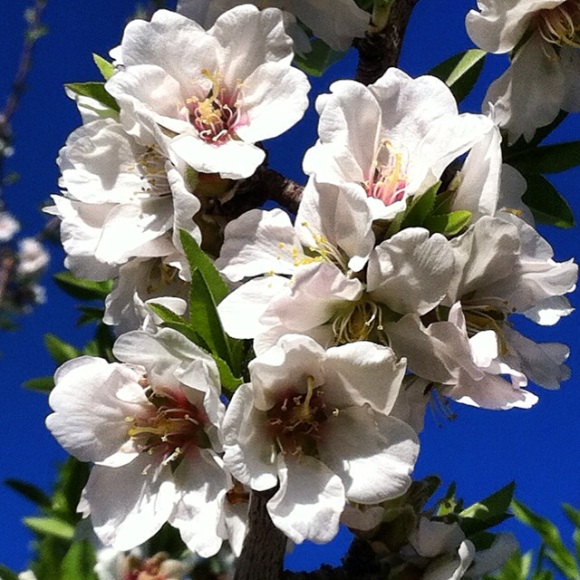 Altitude sickness and laziness forced me to give up a night time climb of a live volcano in Guatemala once. Because, even in this desolate wild spot, there were, apparently, bandits hiding behind bushes ready to pluck watches and whatnot off passers-by, I wasn’t allowed to lie face down on the pumice and die which was my main desire, but was escorted down the scree and left with a farmer. The farmer lived in a house made of loose planks which had seven or 11 things things in it. I forget what exactly though one was a girly calendar and the other was a hen. I remember the hen well, because when our conversation faltered to a stop (I was hoping to be sick) he looked around his house for things to entertain me and settled on the hen, which he put, gently, lovingly in my arms.

Anyway, after a few more hours, I felt better and we ended up talking about farming. The farmer distinctly remembered the rainy season starting on October 1st every year. Without fail, for fifty years. You planned your year around it, he said: your planting, your harvests, your budgeting, celebrations and loan repayments. But of late things had gone haywire; the rainy season started in September one year and November another and no-one knew where they were with things. It was a mess.

It’s easy to think that change is a constant, and for nature to be so regular in its habits was a coincidence, myth or fluke. However you hear the same story around the world, and nothing but, around these parts – particularly and most recently about the unusual heat of last November and an unusual and worrying absence of rain that’s making the evergreen oaks (encinas) thirsty. The naturalist Andrés Rodriguéz says that thirty years ago, the almonds used to start flowering in the Serranía de Ronda at the end of February, but that a couple of years ago, he noticed it beginning in December, and someone recently sent him a photo of almonds flowering in early November.

Every year I’ve catalogued the wildflowers on the farm in dilettante fashion, keeping notes of when they’ve appeared (which I will have to attempt to decipher). I do know that the time and amount of flowering has been radically different. In 2014 I had enough figs to start an international fig export industry; in 2015 hardly any – so that’s a venture that would have been a write-off. In 2015 I sold crates of pomegranates at the village shop; last year I barely had enough for myself.
And now this year it’s hard to know what to expect. The cicadas were deafening for several nights in mid-February, the orange trees are in bloom again before the fruit has fallen, but at least the almonds flowered at the right time.
The old farmer in Guatemala was surprised by the onset of regular change. It was peculiar then. If he’s alive now in his exposed fragile home he’ll be a victim of change, buffeted by it and resigned to the fact no-one listens and no-one acts. I’m not sure what the age of change means but I reckon it’s probably trouble.

Here in Costa Rica, the scientists are dreamers, and most dreamers natural scientists with an instinctive grasp of the stuff that governs their days – meteorology, seismology, tropical ecology, and so on. All conversations in the Osa move back and forth between observation and imagination, and from objective to subjective without warning, the result, I think, of being ensnared in the rhythms of the natural world while having the time and intelligence to think. Park guards will reveal a deep-held belief in the guiding hand of a capricious higher power; cooks, captains, farmers, fishermen, bar staff will predict and explain the weather along with the behaviour of snakes, whales and pizotes using a fusion of facts and folklore without adding more weight to one or the other, or even seeming in any way conscious of a distinction. There are people who hold conversations like this on the London underground, but here it’s usually illuminating and charming, rather than extremely irritating.

I’ve been reading Reflections and Studies of a Biologist in the Jungles of Corcovado by Alvaro Wille Trejos, a national classic up there with Dan Janzen’s Costa Rican Natural History, and most books by Alexander Skutch. Ostensibly a biology text book, its main thrust is philosophical, eccentric, meandering and sentimental. It could only have been written by a Costa Rican – possibly only a Costa Rican who had spent a year waking up to noises in the night and lying awake until dawn. Dr Wille (who went on to write about yogis) ponders altruism and spirituality, along with man’s search for contentment, while identifying complex rainforest ecosystems and patterns of animal behaviour.

It’s a heady (airy) mix that I’d find totally unreadable if it wasn’t all presented as a boy’s own adventure story in which the self-deprecating Dr Wille, and his luckless research assistant, Enrique, find themselves tackling the complete set of Osa ‘Oh ****!’s from capsized boats, storms, fallen trees and collapsed tents, to close encounters with fer-de-lance, peccaries, jaguars and crocodiles. If he was writing it now he’d probably need to include a run-in with a droguero guarding a stash of coke on an isolated beach, but aside from that, he faces every possible misfortune with great cheer.

This afternoon it got dark, and, a few minutes after I had set off home in flip flops, carrying my heavy bags, water was released at full force from the 100 square km showerhead suspended over Corcovado. The sea went greenish and frothy. That night  phosphorescence lit the breakers from beneath creating 500-metre rollers of neon white – as bright as a search light – that lumbered up and smashed in a brilliant neon spray at the rocks in front of the house and against the wall of the bat cave at the end of the beach. 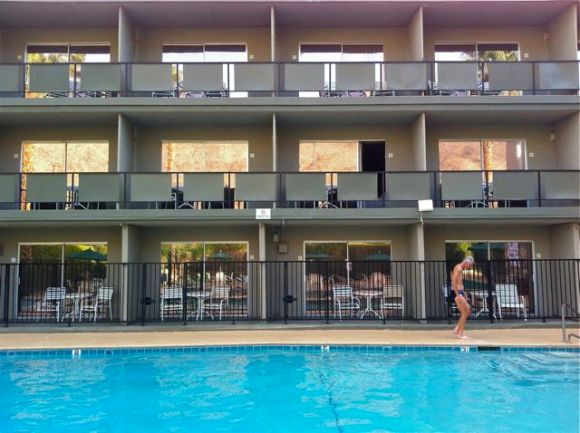 1. The protective plastic covers have been removed from the lamp shades;

2. The No Soliciting sign on the door has been replaced by an Emergency Evacuation Plan;

3. The two sachets of coffee are Wolfgang Puck;

4. The mugs are made of something other than Styrofoam;

6. The plug is still attached to the lamp;

9. The receptionist is not sitting behind reinforced glass;

11. The usual synthetic brown blanket has been replaced by a duvet inside a white duvet cover – and it doesn’t appear to have been used;

12. There’s nothing on your Google search to confirm your suspicion your room has been the scene of a gruesome crime.

[Incidentally, the picture was taken – by Dave – at the Royal Sun, Palm Springs, which is really nice . . . in an old-fashioned way].

Nashville was the final stop on the USA road trip, chosen partly because it’s located within driving distance of Atlanta where the car needed to be dropped off, and partly because it’s a city that’s soaked in the love-hate, bitter-sweet poignant stuff that is country music, and the end of one trip, the start of who knows what, deserves a little poignancy.

I, personally, don’t like country music much (although Joaquin Phoenix is alright); I don’t think it travels, but in the right place a good country singer with that big round sound with a scratchy edge, plus some slide and honky tonk and lyrics about girls, trucks and revenge is just what’s required. There may well be more country music fans in New York City than Nashville, and some people may call this little city Trashville or Nash Vegas (which is pretty good actually) but if you were playing a game of word association and someone called out ‘country music’ you’d snap back ‘Nashville’, as quick as a flash. It may be past it, or a blousy version of what it once was, but iconic things generally are.

You don’t have to stroll through a barrage of songs along Broadway and 2nd Avenue, but why not? On a warm weekend night every bar in this neon-lit strip has at least one live band playing, and sometimes three – all at the same time on different floors. You can hear a dozen just by standing and turning full circle by the traffic lights. Past the flashing signs, through every window in every direction, you can see drummers and bass players and the back of a singer in their cowboy hat; singers coming up and old-timers, dreams unfulfilled, on their way out, all playing Ring of Fire to drunk students.

And you don’t have to visit the Grand Ole Opry. To be honest, I didn’t. But I like the idea of the Opry as a historic hub for talented, troubled, ill-fated, drunk and plucky people, and I’m definitely going to read music journalist Robert K. Oermann’s  Behind The Grand Ole Opry Curtain: Tales Of Romance And Tragedy. It’s not new, but it is definitive. They say the Opry is cursed, that a large number of people linked to it have met untimely deaths, from Patsy Cline and Hawkshaw Hawkins, and Jim Reeves in plane crashes, Dottie West in a car accident, Stringbean (of Hee Haw fame) who was murdered, Hank Williams from drug-related stuff in the back of a car at 29 – and so on. Anyway it was at the heart of a world, that must have seemed a pretty exciting one for a time.

I’ve got a problem with Hank Williams. ‘Hey Good Lookin’ ‘ is about as fun to listen to as ‘Yellow Submarine’, however he did also write ‘Your Cheatin’ Heart’ so: OK. Anyway my point was going to be that despite the Hey Good Lookins there’s a lot of heart-wrenching stuff about being poor and having no pa in old school country, and I’m not sure today’s country singer-songwriters have such peaks and troughs in their lives anymore. If they do, it doesn’t seem very convincing when the backing singer is chewing gum and doing hi-de-hi waves to men at the bar.

But one theme that has been at the root of country and survives intact today is the push and pull of moving on or staying put. Nashville itself is a place that everyone is either keen to reach or desperate to leave. ‘gotta get back to Nashville or my heart will break in two’ say the Everly Brothers; Catherine Britt wants to hop an old freight train (which, I have to say, sounds quite tempting) and ride it to Nashville so she can learn to play honky tonk guitar; the Delmore Brothers ‘aint got no hat, aint got no shoes’ but they do have the Nashville Blues and want to get back to Arkansas, and Hank Williams III wants to high tail it out of ‘Trashville’ to Texas, and so on. Life on the road, partings, break-ups and loss, lonesome quests, regrets, the seduction of comfort and a good woman (rarely a good man) – it’s all there in verse chorus verse chorus verse chorus chorus.

I’d like to interrupt this travel blog to say a big thank you to everyone who has ‘Liked’ it, and /or who is following somewheresville. Your interest and support is truly appreciated.